Compared with other migratory birds, the common swift follows a very unusual pattern when it migrates from the breeding areas in Europe to its wintering locations south of the Sahara. This is what researchers have observed in a major eleven-year international study of the birds.

“Our study is very significant for understanding how organisms, in this case the common swift, can migrate from one part of the world to another, where access to food is much better at a given time”, says Susanne Åkesson, professor at Lund University and principal investigator of the study.

Common swifts that nest in Sweden and northern Europe arrive in sub-Saharan Africa four to six weeks later than the swifts that nest in southern Europe. By that time, the southern European swifts have already migrated even further south on the African continent. Hence the term chain migration, as opposed to the much more common pattern known as leap-frog migration, in which the populations that arrive first in a location claim the territory and occupy it, forcing populations that arrive later to leap-frog over the occupied area and fly further. 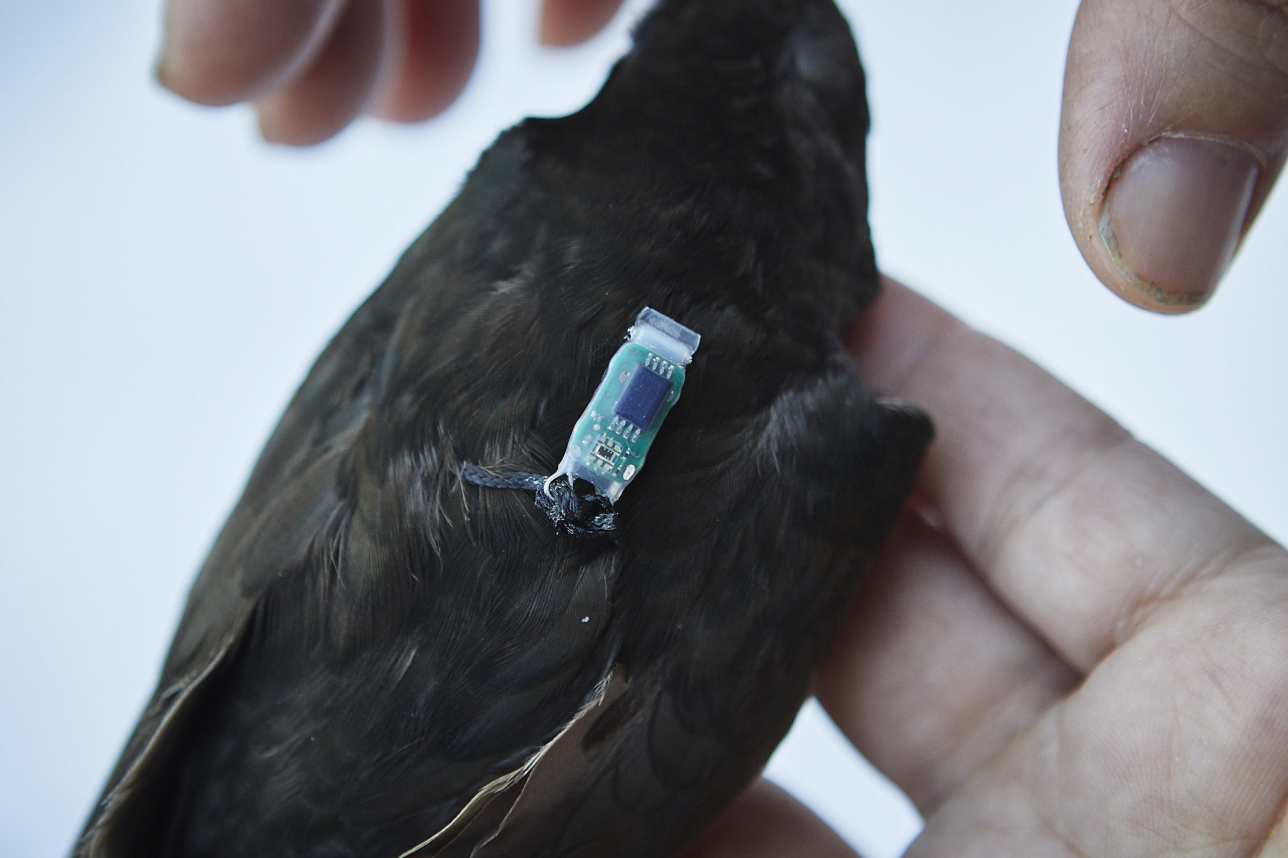 The common swift is the most mobile terrestrial bird in the world. When it is not breeding, it spends 24 hours a day airborne, for a total of ten months a year. According to the researchers, this has contributed to the species developing its unique migration pattern. Life in the air means that the swifts need a steady supply of energy and therefore food in the form of insects. This explains why the southern European populations migrate even further south in Africa when food availability increases there in the second half of the wintering period. It also explains why they are larger than their relatives from northern Europe. Quite simply, they make sure always to be in the region with the greatest availability of insects.

The researchers identified another factor determining the development of the common swift’s chain migration: they cannot claim a territory in the same way as birds that spend more time on the ground.

“The core reason why the common swift engages in chain migration, whereas almost all other birds such as songbirds, ducks, geese and waders have leap-frog migration patterns, can probably be found in the amount of time they spend airborne. The common swift is  unique in spending ten months in the air”, says Susanne Åkesson.

“I think it is amazing that they know where food is to be found and when they should head for that specific location. They migrate over continents in such a way as to ensure continuous access to food and thereby to survive – they have a lifespan of over 20 years”, she continues. 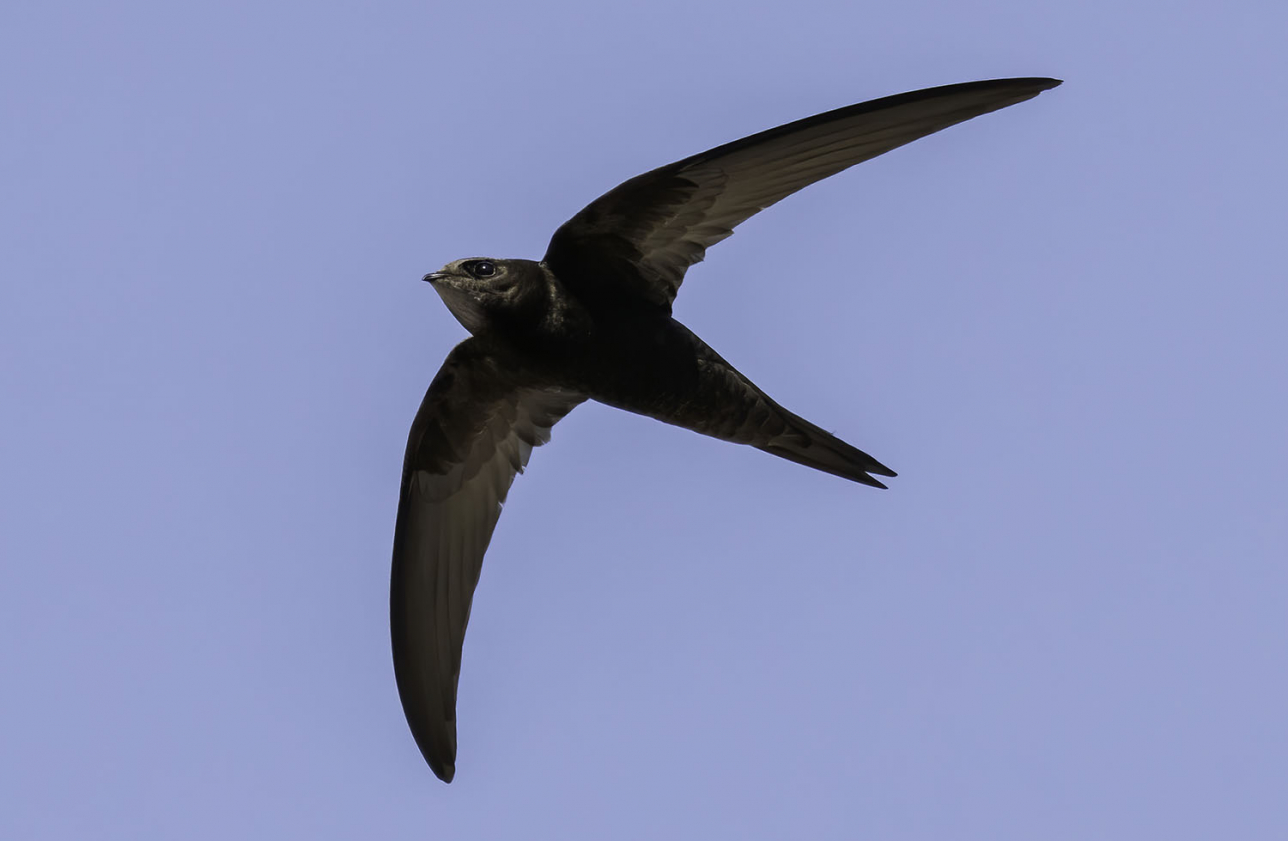 The researchers tracked 102 common swifts (Apus apus) from eleven different populations that nest in Europe, from Swedish Lapland in the north to Spain in the south. Using micro data-loggers attached to the birds, which record data including time of sunrise and daylight duration, they were able to calculate longitude and latitude and thus to determine the location of the 102 individuals at various times during the year. The study involved researchers from 14 universities and bird conservation organisations.

Chain migration has previously only been observed in two species: the sharp-shinned hawk and the northern gannet.

The study is published in Evolution.

Latest news
Link to rss
21 Jan 2021
Butterfly wing clap explains mystery of flight
The fluttery flight of butterflies has so far been somewhat of a mystery to researchers, given their unusually large and broad wings relative to their body size. Now researchers…
15 Dec 2020
Christmas goodies for birds
A lot of people feed birds in the winter, but what is good for them and what is not? Andreas Nord, bird researcher at the Department of Biology in Lund knows the answer.
24 Nov 2020
Johannes is one of the most cited researchers in the world
Together with almost 6400 other researchers around the globe Johannes Rousk has been selected as Highly cited researcher 2020 by The Web of Science Group.
10 Nov 2020
High temperatures threaten the survival of insects
Insects have difficulties handling the higher temperatures brought on by climate change and might risk overheating.
3 Nov 2020
SEK 22,9 million for holistic approach on migratory birds
Anders Hedenström will study the factors that affect migratory birds and their flight from one part of the world to another.
All news
Share
Share on facebook Share on twitter Share on linkedin
Page manager: Jan [dot] Olsson [at] biol [dot] lu [dot] se | 3 Nov 2020

Anders Hedenström will study the factors that affect migratory birds and their flight from one part of the world to another.
More news