Insects have difficulties handling the higher temperatures brought on by climate change, and might risk overheating. The ability to reproduce is also strongly affected by rising temperatures, even in northern areas of the world, according to a new study from Lund University in Sweden.

Insects cannot regulate their own body temperature, which is instead strongly influenced by the temperature in their immediate environment. In the current study, the researchers studied two closely related species of damselflies in Sweden. The goal was to understand their robustness and ability to tolerate changes in temperature.

To study this, the researchers used a combination of fieldwork in southern Sweden and infrared camera technology (thermography), a technology that makes it possible to measure body temperature in natural conditions. This information was then connected to the survival rates and reproductive success of the damselflies in their natural populations.

The results show that survivorship of these damselflies was high at relatively low temperatures, 15 - 20 C °. The reproductive capacity, on the other hand, was higher at temperatures between 20 and 30 C °, depending on the species.

“There is, therefore, a temperature-dependent conflict between survival on one hand and the ability to reproduce on the other”, says Erik Svensson, professor at the Department of Biology at Lund University, who led the study. 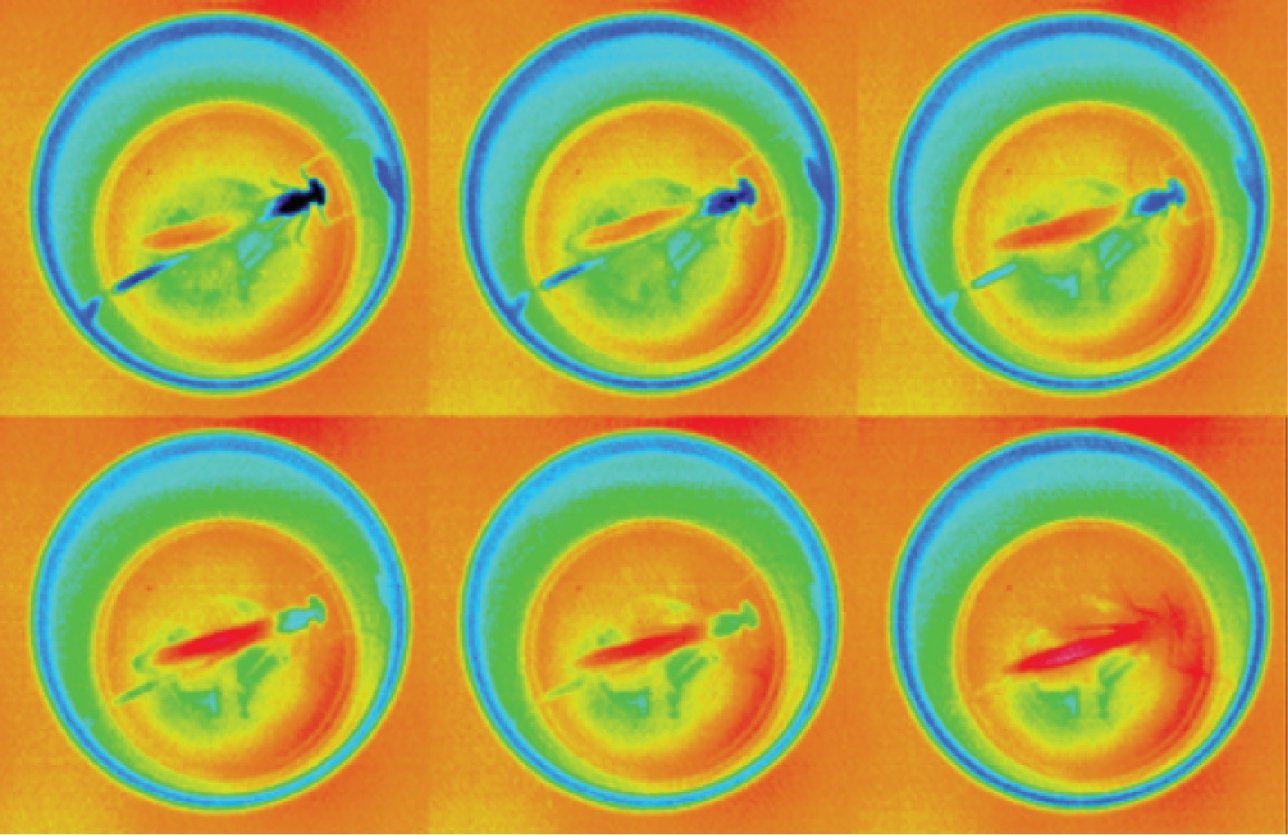 Infrared camera images of damselfly A series of infrared camera images shows the increasing body temperature of a damselfly
Latest news
Link to rss
21 Jan 2021
Butterfly wing clap explains mystery of flight
The fluttery flight of butterflies has so far been somewhat of a mystery to researchers, given their unusually large and broad wings relative to their body size. Now researchers…
15 Dec 2020
Christmas goodies for birds
A lot of people feed birds in the winter, but what is good for them and what is not? Andreas Nord, bird researcher at the Department of Biology in Lund knows the answer.
24 Nov 2020
Johannes is one of the most cited researchers in the world
Together with almost 6400 other researchers around the globe Johannes Rousk has been selected as Highly cited researcher 2020 by The Web of Science Group.
10 Nov 2020
High temperatures threaten the survival of insects
Insects have difficulties handling the higher temperatures brought on by climate change and might risk overheating.
3 Nov 2020
SEK 22,9 million for holistic approach on migratory birds
Anders Hedenström will study the factors that affect migratory birds and their flight from one part of the world to another.
All news
Share
Share on facebook Share on twitter Share on linkedin
Page manager: Jan [dot] Olsson [at] biol [dot] lu [dot] se | 10 Nov 2020